Update to: IMPERIAL AMUSEMENTS: as Congress and the Judiciary in the U.S. slide into impotence

Anxious to seize control of Germany’s faltering economy from Socialists and independent Labor organizations, its industrialists lavishly funded the Nazi party and its bid to enter and control parliament.

Having accomplished this via two elections in 1932, and to signal its primacy to the German population, barrels of fuel were rolled through a utility tunnel connecting the building containing Herman Goering’s (Hitler’s Deputy) office and the basement of the Reichstag, Germany’s historic seat of parliament. Ample excuse to dismiss the existing parliament, substituting a “rump” parliament functioning as a cheering section for Hitler.

Upon ignition, the results below, a hapless Dutch fellow was spotted near the scene, arrested, convicted in a sham trial and promptly executed for the crime.

Today (2019) in the U.S., a version, much more subtle, is playing out, as a launching pad for the Trump Imperial Dynasty is being constructed. It started earlier, when Senator Mike McConnell made the decision to populate our Federal judiciary with robotic Russian dolls united in their zeal to dismantle guarantees provided in the Constitution and its amendments to insure equality of opportunity and access to redress.

The opportunistic candidacy of Donald Trump for the Presidency of the United States, and the intervention of astute entities under the control of Russian President Vladimir Putin presented McConnell and other actors with unprecedented opportunities to fulfill their vision of totalitarian rule to suppress shared prosperity initiatives and inclusive political participation.

Key to this conundrum is something described as Trump’s “base”, committed to massive traffic and commerce in military style firearms, narrowly defined fundamentalist “Christian” criteria applying to every aspect of existence, and exclusion of all “others” from civil, academic, scientific and political life.

EMPERORS OF ANY AGE HAVE THEIR HANGERS-ON AND ___ LICKERS. HOLD YOUR NOSE!

On a related issue, demagogues always coarsen societies, as in the example below, recorded by the Roman writer Juvenal: “These men once were horn-blowers, who went the round of every provincial show, and whose puffed-out cheeks were known in every village; today they hold shows of their own, and win applause by slaying
whomsoever the mob with a turn of the thumb bids them slay.”(the emperor’s thumb down, his subjects slavishly copy him–a choice driven by fear of the emperor’s wrath, or a place at the hog trough?) 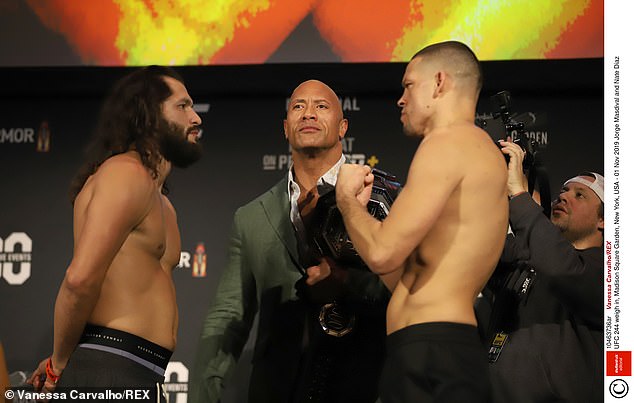 DJT’s choice in Imperial amusements 2019–no swords or bludgeons, but lethal fists and kicks in a cage–do we need a whip and a chair to make the spectacle complete?

Humans are the only species that will act out fantasies putting themselves and others in danger out of pure paranoia. Paranoia is strictly a human condition.It is, when you think about it, extraordinary that we are not prey for most apex predators, including orcas and sperm whales, the largest predator who has ever lived on earth. The book:

Demonic Males: Apes and the Origins of Human Violence (1996)

(By Richard W. Wrangham and Dale Peterson) points out that,  in only two mammal species in the world do males live in social groups with their relatives and occasionally make journeys into neighboring territories to stalk, hunt and kill members of neighboring groups. Those two species are chimpanzees and humans. He also notes that fighting adults of almost all species normally stop at winning: Only humans will fight on, even when there is nothing defensive to be gained by the killing.

But are we really “man the hunter,” as was believed in the 1960s? Donna Hart, in an article in the Chronicle of Higher Education entitled “Humans as Prey,” points out that humans were hardly “the toughest kids on the block” for the vast majority of their time on earth. Quite the contrary-we were more like the 90-pound weakling, she says. She and others believe, and I agree, that an urge to cooperate with one another, even if only to help avoid predators, is built in: “Deadly competition among individuals or nations may be highly aberrant behavior, not hard-wired survival techniques.”

Does “FEAR”, promoted by toxic propaganda in concert with corrupt politicians stimulate the “highly aberrant behavior” referenced? Is this a threat to our survival as a species?

Although Adams’ words, quoted below, appear pessimistic on the surface, this is not necessarily the case. After his initial statement, he lists examples of the historical imperfections and follies of democracy in Athens and France, claiming their ambitions were strictly vested in self-propagation and blaming democracies for bloodshed and war. Finally, however, Adams notes that this is no different than other forms of government, such as monarchy. In this, he reveals that his statement is perhaps more ideological than it is political; as much as it condemns government, it affirms the individual. This philosophy reflects another of Adams’ more positive historical quotes: “To believe all men honest is folly. To believe none is something worse.”

ARE THE ITEMS BELOW THE POISONOUS POTION?

A RECENT AUDIO PRESENTATION AT THE COMMONWEALTH CLUB OF CALIFORNIA, 2018 (click below)

WHATEVER TRUMP DOES DOESN’T MATTER (to his “base”). Is below an explanation?

Scientists have found a link between religious fundamentalism and brain damage.

A study published in the journal Neuropsychologia has revealed a connection between a functional impairment in the brain region known as the prefrontal cortex and an inclination toward religious fundamentalism. The findings suggest that brain damage to this particular area indirectly promotes religious fundamentalism by diminishing cognitive flexibility and openness—a psychology term that describes a personality trait that involves dimensions like curiosity, creativity, and open-mindedness.

Religious beliefs can typically be thought of as socially-transmitted mental representations that consist of supernatural events and entities assumed to be real. These kinds of religious beliefs differ from empirical beliefs, which are based on how the world appears to be and are updated as new evidence accumulates or when new theories with better predictive power emerge. On the other hand, religious beliefs are not usually updated in response to new evidence or scientific explanations and are therefore strongly associated with conservatism. They are generally fixed and rigid, which helps promote predictability and coherence to the rules of society among individuals within the group.

Religious fundamentalism refers to an ideology that emphasizes traditional religious texts and rituals and discourages progressive thinking about religion and social issues. Fundamentalist groups generally oppose anything that questions or challenges their beliefs or way of life. For this reason, they are often aggressive towards anyone who does not share their specific set of supernatural beliefs, and towards science, as these things are seen as existential threats to their entire worldview.

Since religious beliefs play a massive role in driving and influencing human behavior throughout the world, it is important to understand the phenomenon of religious fundamentalism from a psychological and neurological perspective.

To investigate the cognitive and neural systems involved in religious fundamentalism, a team of researchers—led by Jordan Grafman of Northwestern University—conducted a study that utilized data from Vietnam War veterans that had been gathered previously. The vets were specifically chosen because a large number of them had damage to brain areas suspected of playing a critical role in functions related to religious fundamentalism. CT scans were analyzed comparing 119 vets with brain trauma to 30 healthy vets with no damage, and a survey that assessed religious fundamentalism was administered. While the majority of participants were Christians of some kind, 32.5% did not specify a particular religion.

Based on previous research, the experimenters predicted that the prefrontal cortex would play a role in religious fundamentalism since this region is known to be associated with something called “cognitive flexibility.” This term refers to the brain’s ability to easily switch from thinking about one concept to another, and to think about multiple things simultaneously. Cognitive flexibility allows organisms to update beliefs in light of new evidence, and this trait likely emerged because of the obvious survival advantage such a skill provides. It is a crucial mental characteristic for adapting to new environments because it allows individuals to make more accurate predictions about the world under new and changing conditions.

Brain imaging research has shown that a major neural region associated with cognitive flexibility is the prefrontal cortex—specifically two areas known as the dorsolateral prefrontal cortex (dlPFC) and the ventromedial prefrontal cortex (vmPFC). Additionally, the vmPFC was of interest to the researchers because past studies have revealed its connection to fundamentalist-type beliefs.

For example, one study showed individuals with vmPFC lesions rated radical political statements as more moderate than people with normal brains, while another showed a direct connection between vmPFC damage and religious fundamentalism. For these reasons, in the present study, researchers looked at patients with lesions in both the vmPFC and the dlPFC, and searched for correlations between damage in these areas and responses to religious fundamentalism questionnaires.

These findings are important because they suggest that impaired functioning in the prefrontal cortex—whether from brain trauma, a psychological disorder, a drug or alcohol addiction, or simply a particular genetic profile—can make an individual susceptible to religious fundamentalism. And perhaps in other cases, extreme religious indoctrination harms the development or proper functioning of the prefrontal regions in a way that hinders cognitive flexibility and openness

The authors emphasize that cognitive flexibility and openness aren’t the only things that make brains vulnerable to religious fundamentalism. In fact, their analyses showed that these factors only accounted for a fifth of the variation in fundamentalism scores. Uncovering those additional causes, which could be anything from genetic predispositions to social influences, is a future research project that the researchers believe will occupy investigators for many decades to come, given how complex and widespread religious fundamentalism is and will likely continue to be for some time.

By investigating the cognitive and neural underpinnings of religious fundamentalism, we can better understand how the phenomenon is represented in the connectivity of the brain, which could allow us to someday inoculate against rigid or radical belief systems through various kinds of mental and cognitive exercises.

How “fundamentalism” in its various forms-political and ideological, is exploited:

“The receptivity of the masses is very limited, their intelligence is small, but their power of forgetting is enormous. In consequence of these facts, all effective propaganda must be limited to a very few points and must harp on these in slogans until the last member of the public understands what you want him to understand by your slogan.” ~ Adolf Hitler